From 3 June, transfers are permitted for any reason from and to the following states, according to the law: 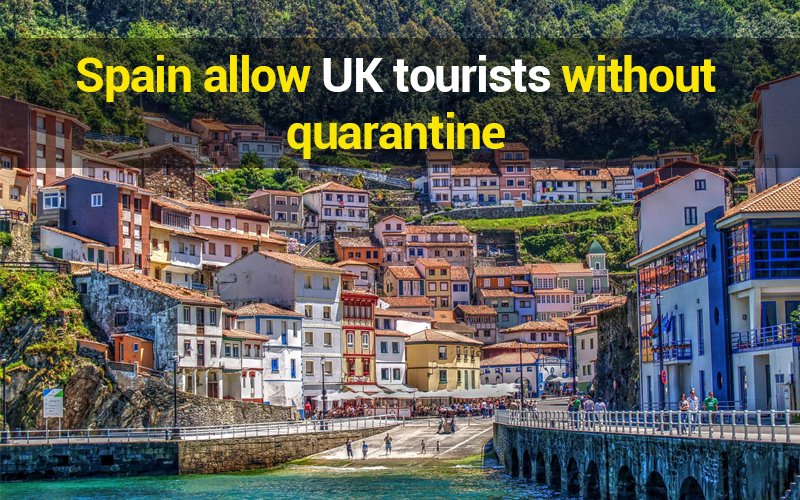 SPAIN – UK Citizens can Travel to Spain without Quarantine because the Spanish Foreign Minister, Arancha Gonzalez Laya, has confirmed that starting from tomorrow the Spanish borders are also open for British tourists (as well as for those coming from member countries of the Schengen area, including Switzerland) without needing to arrival these observe a period of quarantine.

They will allow British visitors to enter Spain exactly as for the rest of the European Union, starting from June 21, freely and without the need for quarantine, has been confirmed by the minister who spoke recently in BBC channel.

They are discussing with the British authorities the possibility that they will do the same for their side, however, they do it out of respect for the 400,000 Britons who have a second home in Spain and can’t wait to benefit from it, but they hope that (the British authorities) will be sensitive to the 250,000 Spaniards who in turn live in the United Kingdom and would like to enter without having to observe the quarantine, for a resume that Britons are allowed to travel to Spain without quarantine.

Rules to enter the Spain territory

From June 21, British nationals no longer need to present a residency certificate to enter Spain.
On arrival, travelers entering Spain from the UK will not be required to self-isolate however, they will be subject to the following three requirements:
• Provide contact information and any history of exposure to COVID-19
• Temperature check
• Undergo a visual health assessment
Anyone who presents symptoms or fails one of the above requirements will be seen by a health professional.

There are some tips to not forget, if you don’t hold a Spanish Citizen passport you should apply for Spain Visa with a further guide and contact the Spanish Embassy if you have further questions.