The grand and awe-inspiring Tomavistas Festival 2022 is around the corner and it is no wonder why thousands of music enthusiasts are getting their Spain Visa Online materialized. Yes, this legendary music festival was originally scheduled to be held in May 2021, 19th to 21th. And, now that the Tomavistas Festival line up for 2022 has been rolled out by the organizers, the event is set to attract fans from around the world.

So, what are you waiting for ? Get your Tomavistas Festival 2022 tickets booked today to ensure your presence in this fest with your loved ones and friends. The wide range of well-known bands, globally renowned artists and phenomenal music beats are sure to leave you spell-bound and dazzled. Apply for Spain Visa today online and get your visa appointment booked today with ease!

What is Tomavistas Music Festival?

Tomavistas is a music event that takes place in Madrid, Spain, and primarily focuses on indie and alternative music. This event had its first edition in 2014 at the Zarzuela’s Racetrack, Madrid, primarily with an arrangement of 24 Spanish acts, including national indie scenes. 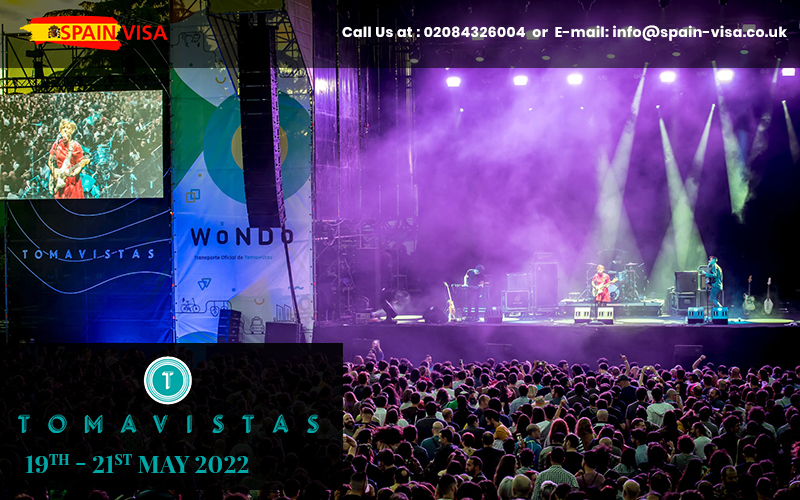 The concept of this remarkable festival is clear and loud : organizing and introducing a wide array of independent music style proposals with a blend of pop, electronic, and rock sounds. No wonder it is considered as one of the legendary music celebrations in the world that continues to entice music lovers since its first edition. In addition to that, this festival is an enthralling platform for the established bands and the new artists to showcase their talents and expertise.

You may wonder why you should visit Spain and attend Tomavistas 2022. Rest assured, as we have got you covered. We have mentioned a handful of reasons that will surely enthrall you to get your Spain Visa from UK.

The Mind-Boggling Day-to-Day Line up 2022 of Tomavistas

The sixth edition of Tomavisats music festival is set to take place from May 19th to May 21, 2022 in the heart of Madrid at IFEMA, Feria de Madrid, the largest exhibition complex in the country. Some of the famous artists like Sen Senra, Rigoberta Bandini and King of Convenience will bring the true essence of authentic and fascinating music and rhythms. 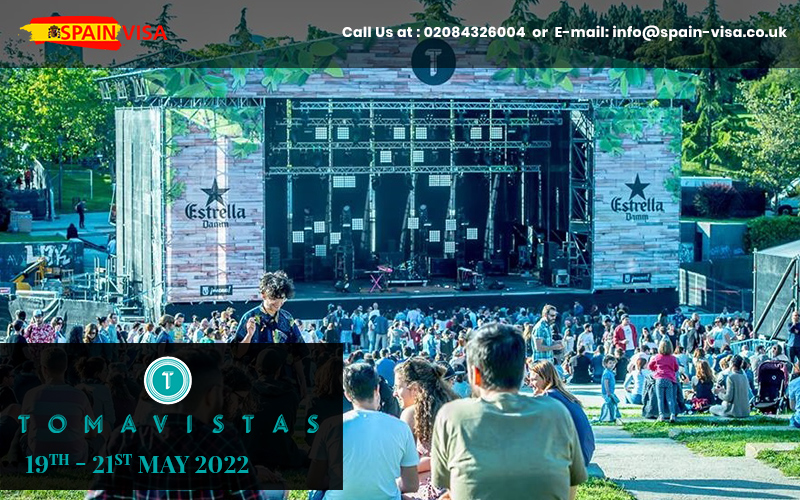 Tomavistas has become synonymous with innovation and creativity by carefully selecting and introducing an incredibly stylistic variety of music with every new edition. It has surprisingly managed to create its unique identity amongst the world’s top music events. And now, the organizers are boasting of the amazing line-up for this year’s edition of Tomavistas.

The well-known Spanish artist Sen Senra will be performing at Tomavistas on 19th May, with his newest album, Corazon Cormado. He is considered as the most exciting voice from Spain that emerged in the past few years. The other famous faces that will grace the stage on this day are Rigoberta Bandini, Alizzz, Cupido, Confeti De Odio, Rojuu, Jimena Amarillo, Trashi and Putochinomaricon.

The second day of Tomavistas 2022 Music Festival will be marked by the legendary group Suede. This band will perform on some of its most Iconic and widely recognized songs such as Head Music, Coming Up, Suede and Dog Man Star, along with celebrating their 25th Anniversary this year. The other groups that will participate in the event on 20th May include The Haunted Youth, Slowdive, Kevin Morby, Rolling Blackouts Coastal Fever, Carolina Durante, La Luz, Hurray For the Reff Reff, Biznaga and Yawners.

The line up for 2022 for the third day of the Tomavistas music festival will be led by Jungle to officially present their special number : Loving In Stereo. And finally, the music event will be concluded by King of Convenience, Shame, Confidence Man, The Marias, La Plata, Camellos, Le Boom, Jarv Is…, and Kokoshca.

How to Reach Feria de Madrid?

You can reach Feria de Madrid via air, road and rail. If you are planning to go via air then the nearest airport to the venue is Madrid-Barajas Airport. If you prefer trains then Atocha station is the nearest station to the venue. 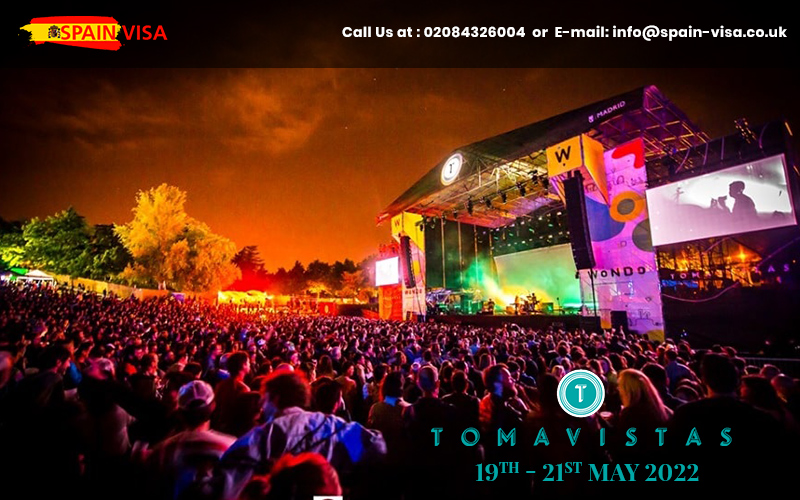 From there you can take your private car, taxi, metro or interurban train to reach the venue.

So, what’s holding you back? Simply grab your Visa for Spain head over to the charming Madrid to take part in the exciting Tomavistas Festival with your friends or family.