The beautiful city of Valencia is readying itself to host an amazing festival that goes by the name – Las Fallas 2022.

This amazing event is filled with hundreds of giant dolls (10 meters high), bonfires, pyrotechnics, movie stars and much more. The festival is well

When did Las Fallas in Valencia Begin?

It is believed that Las Fallas first began in the middle ages. At that time, the then artisans celebrated the spring equinox by burning all the pieces of wood and artefacts that they saved during the winter.

As time passed on, the event grew in popularity and now thousands and people flock to Valencia to take part in the exciting festival.

Highlights of the Las Fallas 2022

Ninots of the Fallas Festival

The Ninots are the main part of the festival – giant paper figurines that are central to the entire event.

These ninots are usually many metres tall and are often found in parades. Most of these Ninot’s are theme-based so you will have a gala time watching them.

Don’t Miss the Fireworks of Las Fallas 2022 in València

One of the main reasons why Fallas is also known as the Fire Festival is because of the huge fireworks that take place during the festival.

These firework displays usually start after the end of the floral parade at midnight. Make sure to take earplugs with you as the show will be spectacular and loud too!

If the main events of the Las Fallas 2022 feel like too much to handle then you can always head over to Children’s Fallas events. 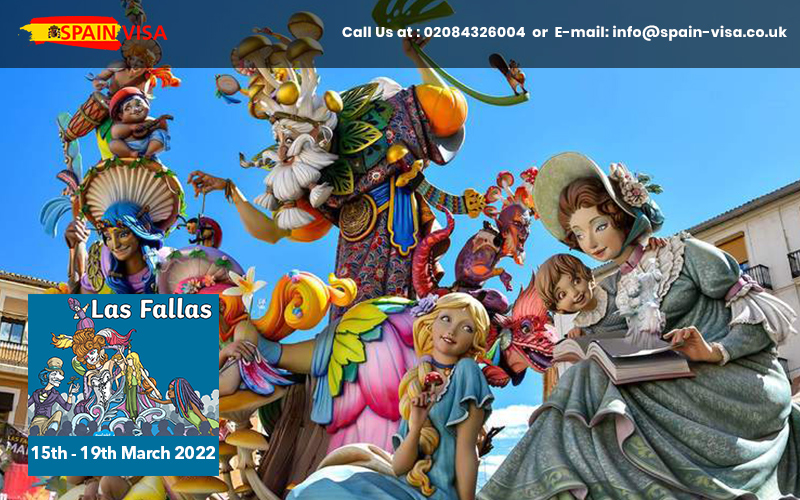 Children make their own ninot figurines and most of these are displayed at the central shopping mall. After that, they are displayed on various street corners. 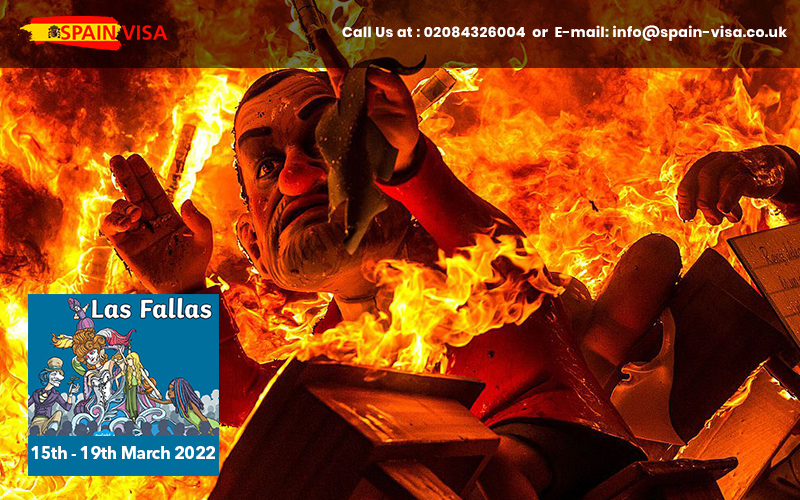 Got all the information you need about Las Fallas 2022? Now, all you need to do is apply for a Spain Visa UK and visit the charming city of Valencia to take part in the spell-binding Las Fallas Festival!