Spanish Cuisine – 5 mouth-watering dishes that you should try

Spanish cuisine continues to make its mark as a popular cuisine choice & this has even drawn thousands of tourists to Spain!

But this alluring cuisine boasts of a ton of mouth-watering dishes that might spoil you for choice. Here is a list of 5 must-try Spanish foods when you visit Spain with your friends or family.

Paella – One of the highlights of Spanish cuisine

Paella is one of the most well-known dishes in the Valencia region of Spain. This is a rice-based dish that contains various ingredients according to different regions. As far as the traditional dish is concerned, you’ll get to munch on a paella comprising rabbit or chicken, butter & runner beans as well as saffron and rice (ideally of Calasparra or bomba variety). Head over to the nearest restaurant, order a Paella & you won’t regret it!

Gazpacho –A popular food in Spain

Fancy soups? Then Gazpacho is the dish to try. This dish isn’t necessarily a soup but the silky-smooth blend of ripest tomatoes, garlic, bread, olive oil, cucumber & peppers does give a Spanish soup feeling.

If you head over to Southern Spain in summer, you’ll see the locals gobbling up Gazpacho from huge jugs. You can also go for Córdoba’s salmorejo which is thicker & less soupy. However, you do get to relish pieces of Ibérico ham with this mouth-watering dish.

The traditional Tortilla Española consists of eggs & potatoes. That’s it!

Some regions add onions to the dish but purists avoid it as they consider it a gastronomic crime.

The Tortilla Española is essentially an omelette that is made with beaten eggs, slow fried onions & potatoes (in olive oil). You can also add ham, courgettes, chorizo, spinach other ingredients to make a tasty meal out of Tortilla Española.

Patatas Bravas is one of the most delicious Spanish foods which is essentially made from chunks of fried potato. 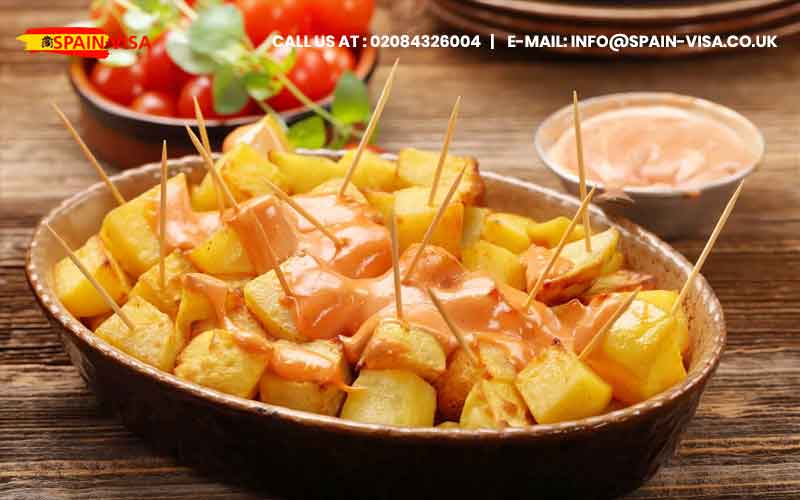 This dish is commonly found in almost every region of Spain but each dish varies from the other. While some regions like Madrid make a bravas sauce comprising olive oil, stock, sweet & spicy paprika and flour others add a dash of fino sherry & garlic to make the sauce tasty. But most people & restaurants selfishly prefer to keep their sauce a secret.

Pisto is yet another ubiquitous dish that is found in different variants all over the country. However, this of the Spanish dishes is primarily popular in villages & towns of South Madrid. 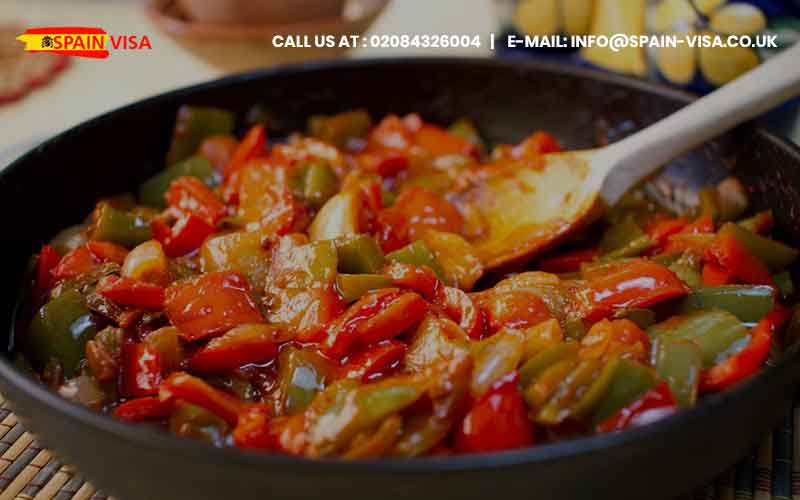 Pisto is made up of peppers, garlic, onions, courgettes & tomatoes which is slowly fried in olive oil. This is basically a starter dish or can also be enjoyed as a side dish in restaurants.

These are 5 exciting dishes of the Spanish cuisine that you should definitely try. Why drool over these foods when you can get a Spain visa and relish these lip-smacking delights with your loved ones? Get you visa today & embark on a zesty journey to Spain.