What are the things to do in Plaça de Catalunya ?

What is Plaça de Catalunya?

It is a lively square is the centre of Barcelona. It is also the geographical space that separates the districts of Ciutat Vella and the Eixample. Plaça de Catalunya central square is steeped in history and is the vital centre of the Catalan capital. 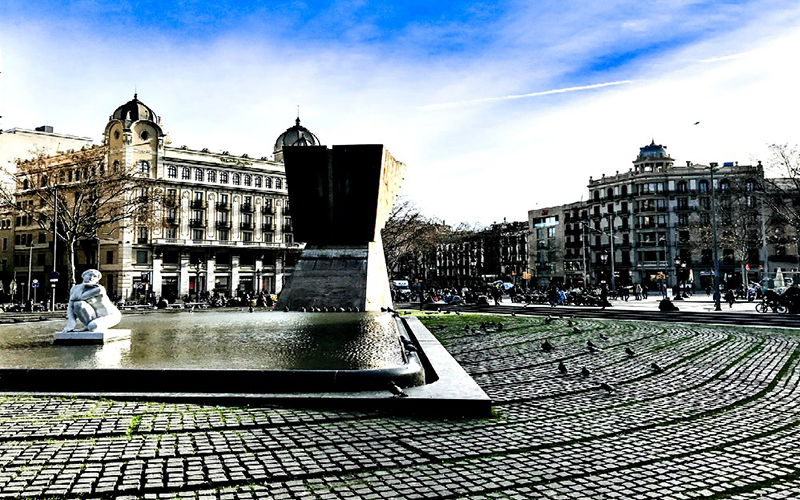 What are the things to do in Plaça Catalunya ?

Plaça Catalunya has a large shopping centres and department shops. This is always bustling with people. It is the most central area of Barcelona and a privileged meeting place for locals and visitors alike. It also connects the Eixample and the old town.

The square was built by King Alfonso XIII in 1927. It covers an area of 5 hectares. In the past, the site was an open area located in front of the gates of the walled city. The architects Pere Falqués, Puig i Cadafalch and Francesc de Paula Nebot participated in the planning of the plaça.
In things to see in Plaça de Catalunya, you can see also sculptures by renowned artists such as Clarà and Llimona. These sculptures represent the four Catalan capitals, wisdom and work. In a corner of the square you can see the monument by Josep Maria Subirachs to the president of the Catalan government, Francesc Macià. 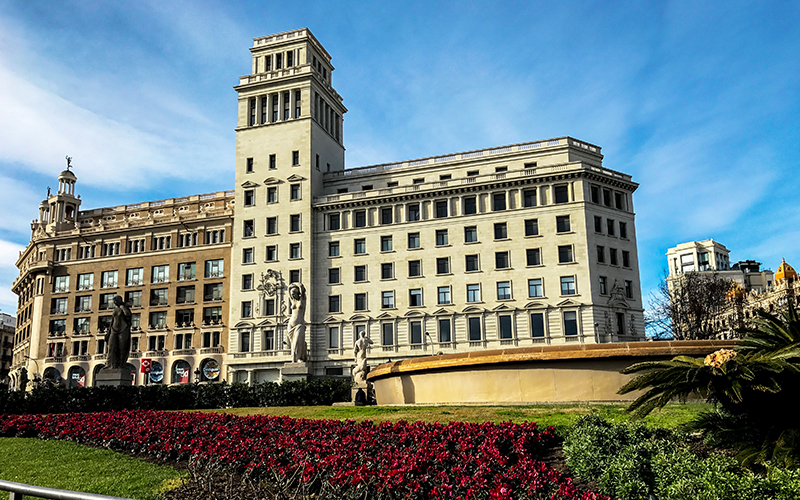 Both the Ramblas and the Passeig de Gràcia start in the Plaça de Catalunya. The Rambla de Catalunya (another picturesque promenade and shopping area not to be confused with the Ramblas) also starts from this square.
Some of new Barcelona’s most luxurious hotels, bars and theatres were also built around the plaza.

How to get to Plaça Catalunya ? 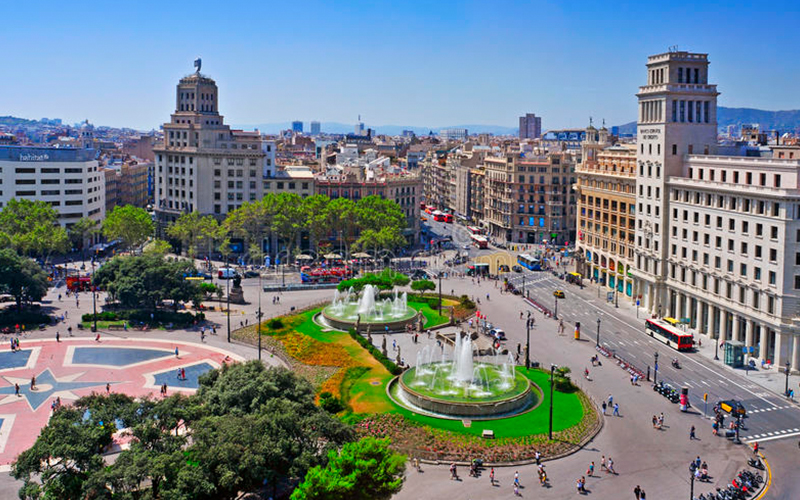 Other things to do in Plaza de Catalunya:

During the festive periods, musical performances are often given live in the Plaza de Catalunya is full of spectators.
Around the centre of Barcelona, you will find department shops such as El Corte Inglés, FNAC and Habitat. The Ramblas join the Plaça de Catalunya at its southwest corner. Opposite the Plaza de Catalunya is Café Zurich, a popular café and social meeting place in the city.
If you don’t have your Spain Visa yet then do it!
It is now time to apply for Spain Visa UK for your next stay in Spain. Apply now for a Spain Visa Appointment online now. Get your visa and set off on your dream holiday in Barcelona or visiting Spain.