Barcelona is a city on the coast of northeastern Spain. It is also the capital and largest city of the autonomous community of Catalonia, as well as the second-most populous municipality of Spain. With a population of 1.6 million within city limits, its urban area extends to numerous neighboring municipalities within the Province of Barcelona and is home to around 4.8 million people, making it the fifth most populous urban area in the European Union after Paris, the Ruhr area, Madrid and Milan.
Barcelona is a major cultural, economic and financial center in Southwestern Europe, as well as the main biotech hub in Spain. Barcelona’s influence in global socio-economic affairs qualifies it for global city status, as a leading world city. 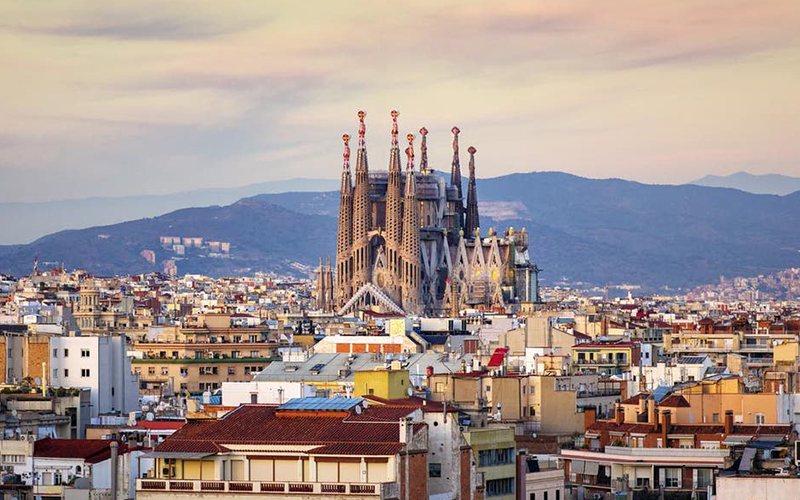 Also, Barcelona is a transport hub, with the Port of Barcelona being one of Europe’s principal seaports and busiest European passenger port, and an international airport, Barcelona-EL Prat Airport, which handles over 50 million passengers per year, is an extensive motorway network, and a high-speed rail line with a link to France and the rest of Europe.

The best time to visit Barcelona is from May to June when balmy temperatures in the low to mid-70s mesh with a flurry of festivals that trumpet the advent of summer. The actual summertime is sticky with humidity – locals leave their beloved city in droves to catch a breeze somewhere else. They also come back for the fall when the average highs drop back into the 70s. Also, winter is mild compared to other Spanish destinations. However coming during the spring may seem like a smart idea for avoiding crowds, April witnesses frequent shows, which may put a literal damper on sightseeing plans. One more tip for the tourists would be that no matter what time of the year you will visit, there will be tourist crowds: Barcelona is the most-visited city in Spain.

Best things to do in Barcelona

The capital of Catalonia and Spain’s second city, Barcelona is utterly incomparable. It is considered as the few must-see cities with its own identity. This is partly down to a generation of early-20th-century artists and architects, whose unforgettable buildings are like nothing you will see anywhere else.
There are a lot many things to delight everyone in Barcelona. If you want culture you have got an inexhaustible choice of beautiful buildings and events, and if you’re a food lover then the city has a total of 20 Michelin stars. Other than this the clean urban beaches, world-class nightlife, and so much great shopping you won’t know where to begin in Barcelona. We have still mentioned the best things to do in Barcelona below from the experience of tourists that have visited Barcelona in the past: 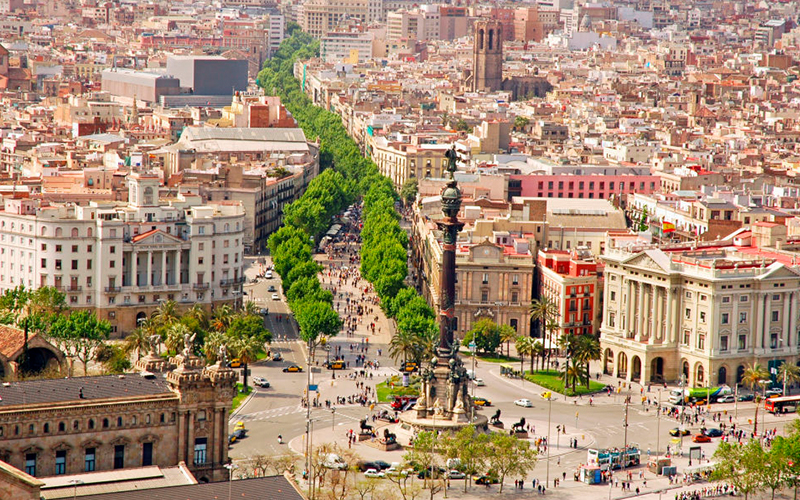 La Rambla is a street in Central Barcelona. A tree-lined pedestrian street, it stretches for 1.2 kilometers connecting Placa de Catalunya in the center with the Christopher Columbus Monument at Port Vell. It also forms the boundary between the quarters of Barri Gotic, to the East and El Raval, to the West. 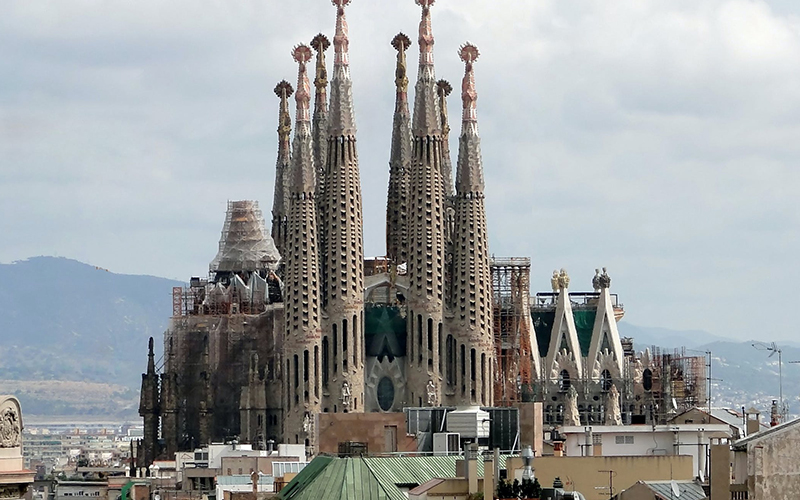 This is where you begin your adventure through Barcelona and the dreamlike works of Antoni Gaudi.
When its spires are finished it will be the tallest church building in the world, and will hardly resemble any religious structure you’ll have seen in your life. 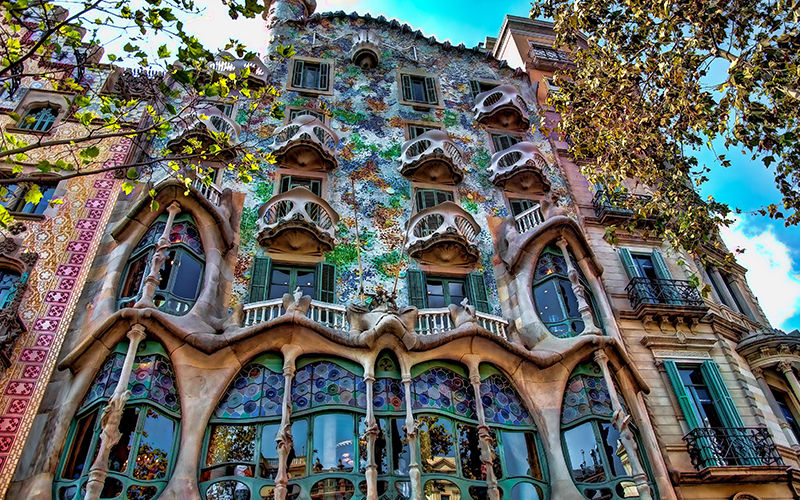 It is another of Antoni Gaudi’s most postcard-friendly creations; this apartment block wasn’t created from scratch but was a remodel undertaken at the turn of the 20th century.
Take the mushroom-shaped fireplace on the noble floor, which like a cozy grotto was designed for couples to warm up in winter. 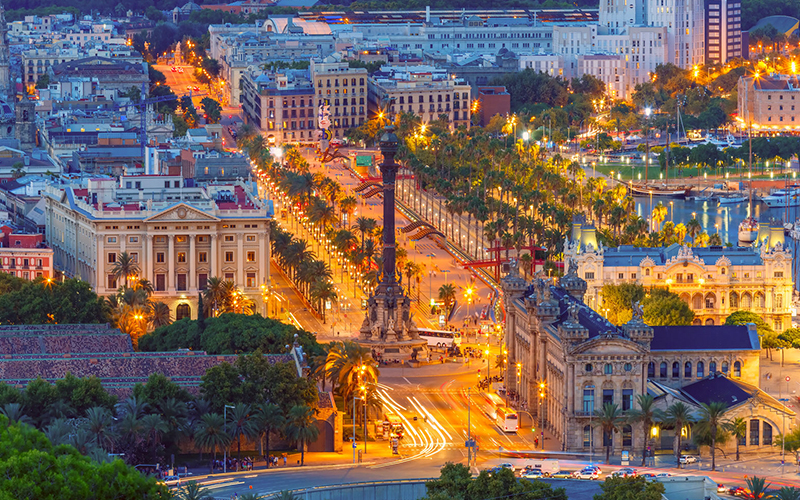 Barcelona’s beachfront boardwalk stretches for miles. Like if you walk from Barceloneta to Diagonal Mar on foot it will take a good hour, but it’s a walk that really helps you understand the city.
The westernmost beaches like Sant Sebastia are busier and touristy, but they are backed by Barceloneta’s tight lattice of trendy shops and bars with terraces and outdoor seating. 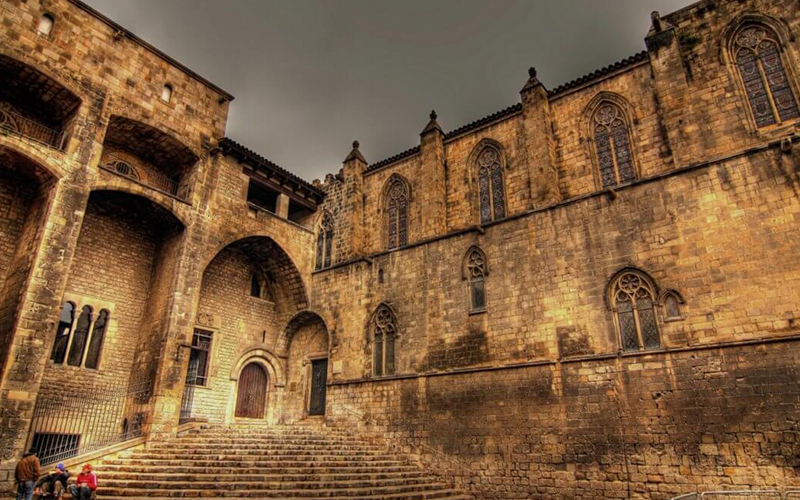 The history museum preserves a few Roman sites across the Gothic Quarter, such as the temple of Augustus and the Funeral Way on Placa da la Vila de Madrid. However, Placa del Rei is where you can see Barcelona’s ancient history in detail layers.
Other than these there are many places that you can visit in Barcelona Spain and it will take all your attention. The place is really beautiful and you can easily enjoy a lot many tourists available. You just need to get your Spain visa as soon as possible so that you can easily travel to Spain and Barcelona.